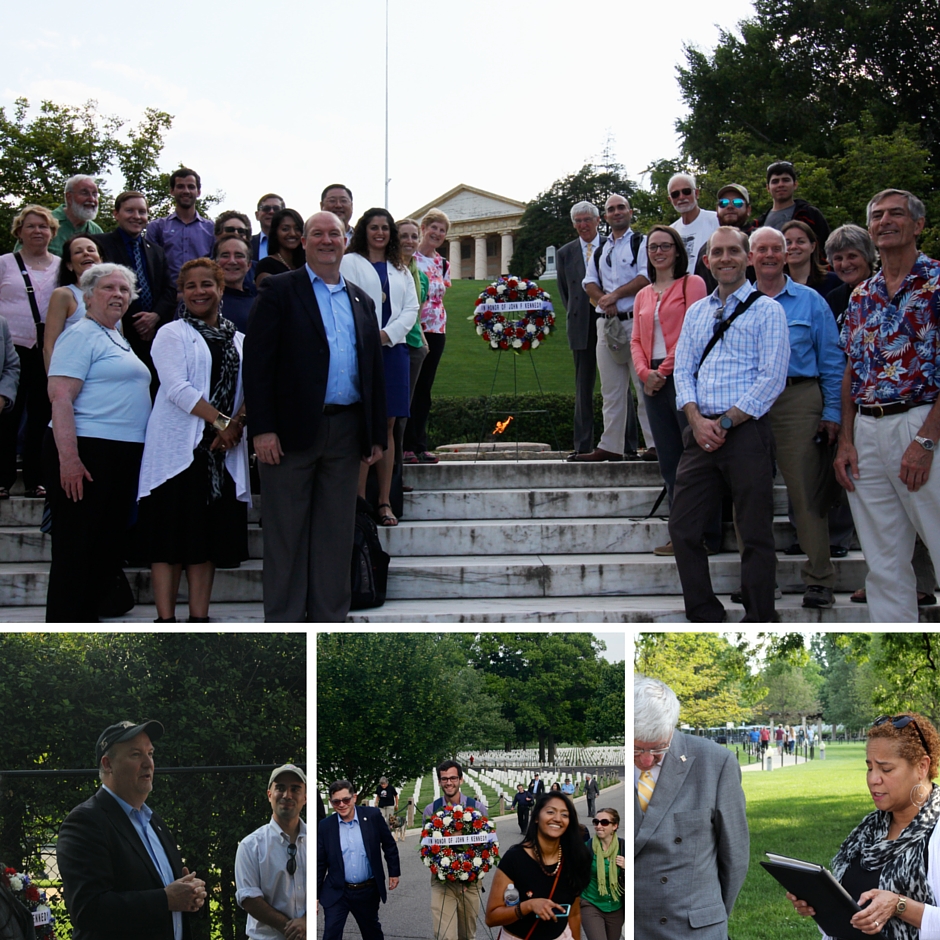 RPCV/W President Chris Robinson, Jamaica 2007-2009 organized the event on Tuesday, May 24, which was attended by about 40 people. Chris delivered the opening remarks, introducing Peace Corps Chief of Staff Laura Chambers, Senegal 1984-1986 and National Peace Corps Association President Glenn Blumhorst, Guatemala 1988-1991. The speakers touched on the impact of Kennedy's vision on their own lives, and how the Peace Corps made that vision a reality.

The floor was then opened to the audience, and several members rose to speak. Dennis Grubb, Columbia 1961-1963 and Malcolm Odell, Nepal 1962-1967 shared their direct memories of listening to John F. Kennedy speak and described the excitement that his leadership kindled in their generation. Peace Corps Director of The Office of Third Goal and Returned Volunteer Services B.J Whetstine, China 2006-2008, reminded everyone that the agency's unique past was its greatest asset moving in to the future. Chris pointed out that Kennedy's legacy would live on in every Peace Corps project and volunteer, and concluded the speaking portion of the ceremony.

Members of the group took turns carrying the wreath the half mile from the Visitor's Center to Kennedy's Eternal Flame. Cemetery staff cleared the area allowing the group a few moments of privacy at the site, where Chris led them in a moment of silence. The group then posed for a photo and the event was officially concluded. 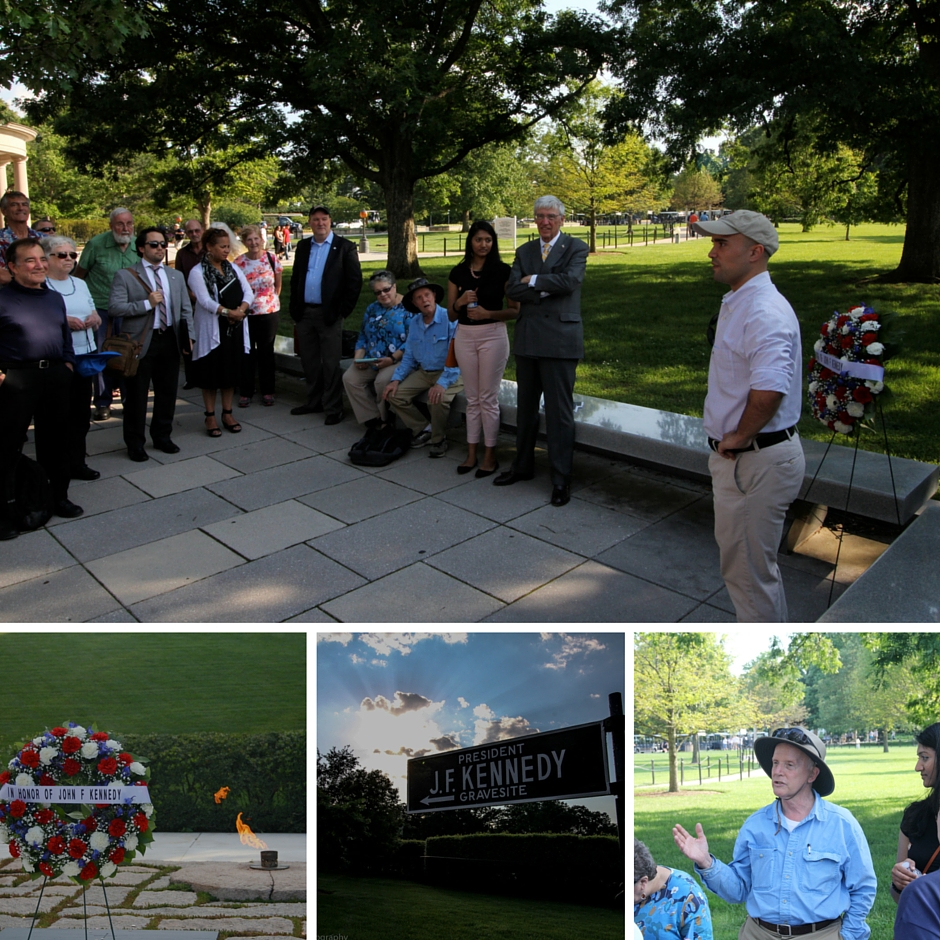 The Peace Corps was a major component of President Kennedy's foreign policy strategy to curb the Cold War arms race and directly address the causes of global instability. Over 220,000 Americans have participated in the program, offering humanitarian and economic development assistance to 141 countries since it was established by Kennedy in 1961 as one of his first acts in office.

The tragedy of his assassination is felt by every Peace Corps Volunteer, but during his two years of oversight, Kennedy was able to appoint leaders like Sargent Shriver and Harris Wofford who worked tirelessly to make the Peace Corps a true institution that stands the test of time. While his life was cut short, his legacy continues to grow.

RPCV/W wishes to thank all who came out to keep this tradition alive. Special thanks to Sgt. First Class John W. Russell, USA and the dedicated staff of Arlington National Cemetery for accommodating our request, and Owen Dodd for the pictures! You can read the newsletter article of our earliest recorded wreath laying here. 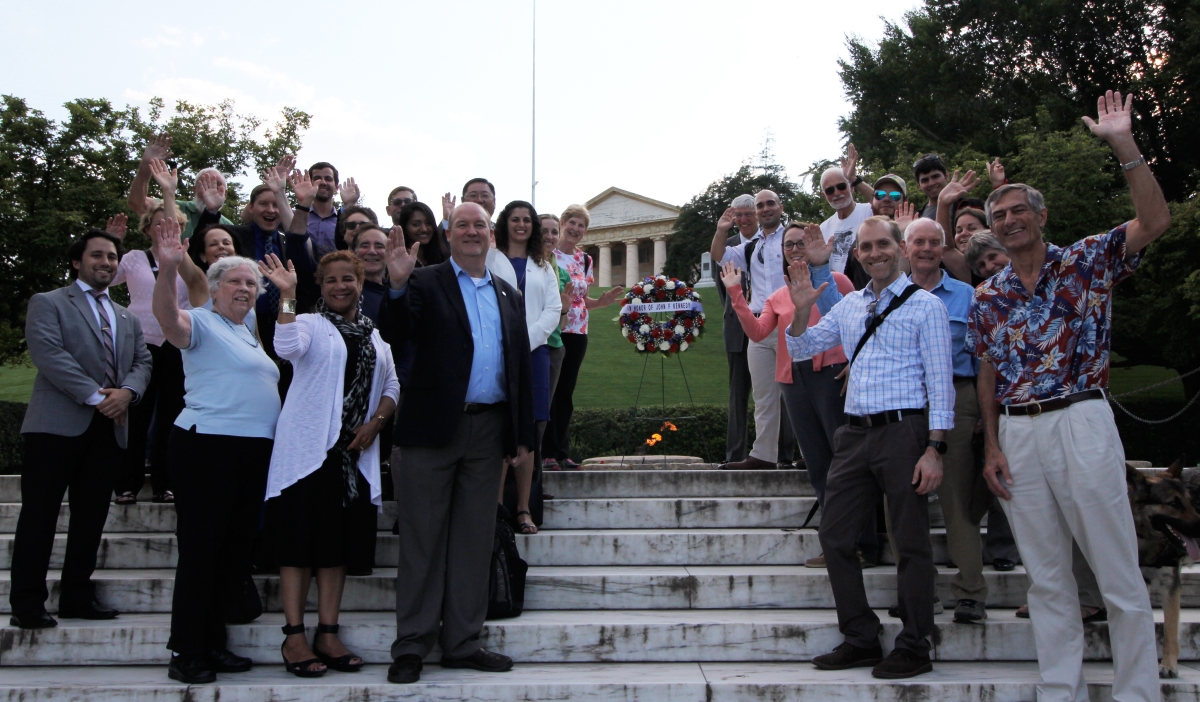