Health equity is based on the premise that all lives anywhere in the world have equal value: one RPCV's quest to help eradicate Polio

Throughout the centuries, the world is a much better place than it once was. People are wealthier and healthier yet vast inequalities still exist between people and nations. The fight against Polio is an example of this existing global health inequality.

While it was once considered a great humanitarian challenge, plaguing as many as 350,000 individuals worldwide, Polio is now 99% of the way to being eradicated with only two countries (Afghanistan and Pakistan) that have never stopped this epidemic. This constitutes an outreach to the remaining 1% of children in the world who are still affected with Polio.

As students of GDI at the University of Manchester we have been genuinely impacted, and by extension offended, by the entrenched social exclusions existing contemporarily. As a result, we understand that while learning critical theoretical approaches is a necessary step to understand and analyze global inequalities, it is not enough. We believe that there should be a personal application and response, therefore eleven students from various ethnicities and cultures have come together in global solidarity to form “Students Unite to End Polio”, a student-led campaign in partnership with Rotary International seeking to address the fight for Polio eradication. By climbing Mt. Kilimanjaro in Tanzania, the tallest mountain in continental Africa (5,895m), it is our hope to draw substantial attention to this cause, thereby increasing awareness of the Polio virus while also generating financial support for its complete eradication.  Because this climb is self-funded, 100% of proceeds are donated to Polio Plus, a registered charity under Rotary International. 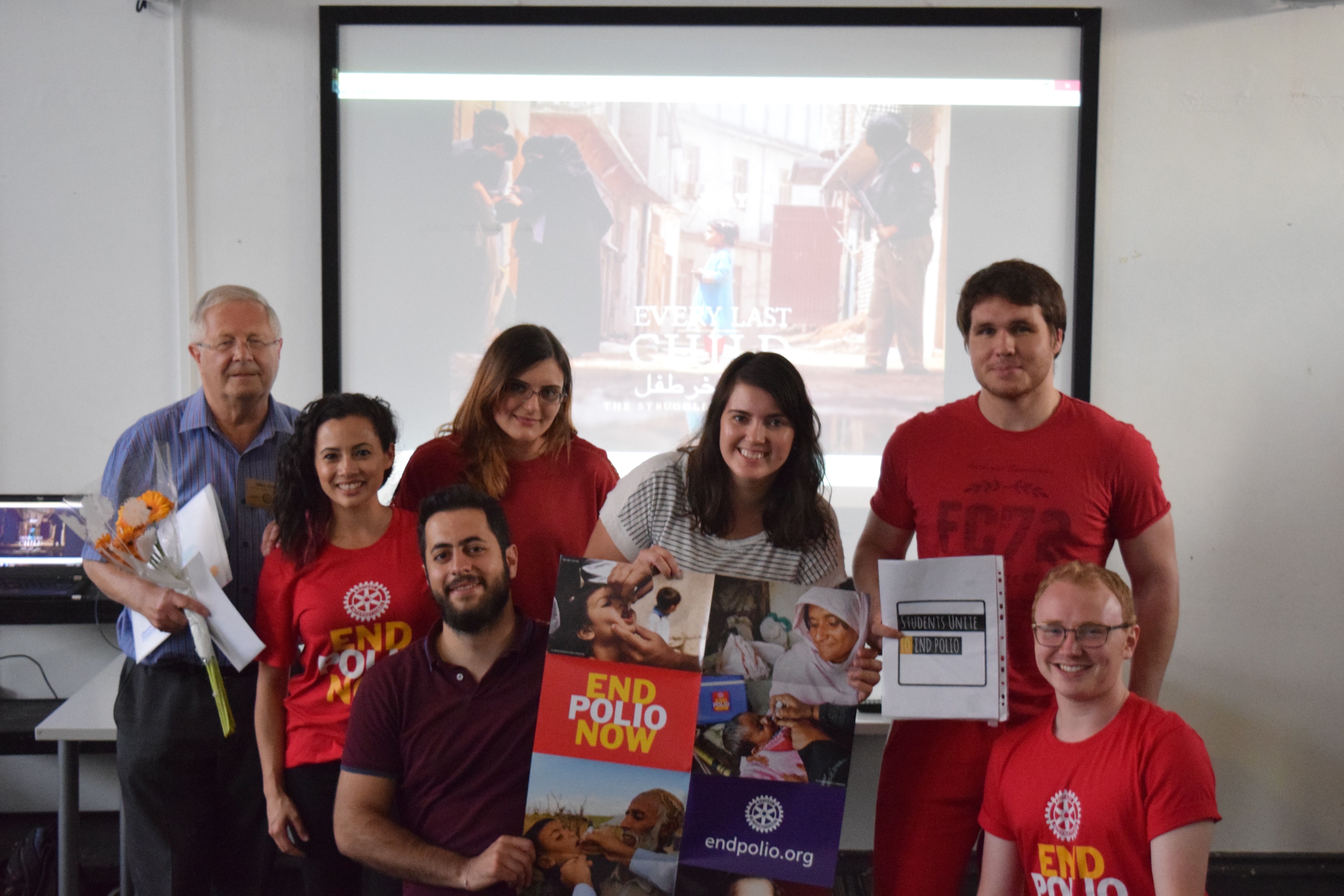 Since 1985, polio eradication has been Rotary’s flagship project, with members donating time and money to help immunize more than 2.5 billion children in 122 countries. Through the “End Polio Now: Make History Today” campaign, every dollar Rotary contributed to polio eradication (up to US$35 million/year through 2018) will be matched 2-to-1 by the Bill & Melinda Gates Foundation. Since the global initiative began more than 25 years ago, Rotary and its partners have reduced polio cases by 99.9% percent worldwide.

Thus far Students Unite to End Polio has raised funds through various events and speaking engagements including the film screening of Image Nation Abu Dhabi’s award winning documentary “Every Last Child”. This proved very successful but more help is needed to meet our target goal of $25,000. We truly appreciate your kind donations in addressing this global health challenge.

Support the fight to end polio today by visiting unitetoendpolio.com and liking their the Unite to End Polio Facebook page. 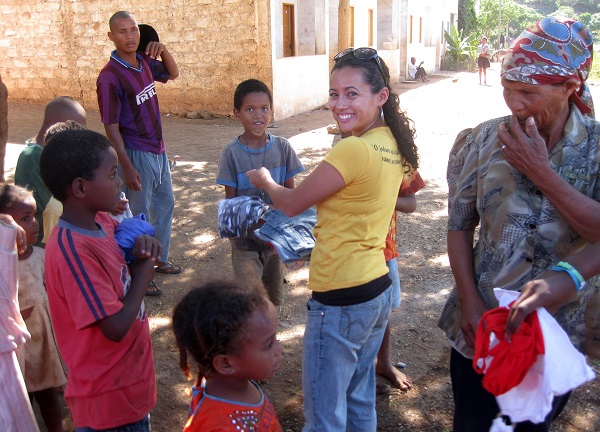 Students Unite to End Polio” is a student-led campaign initiated by RPCV Cecilia Kern (Cabo Verde ‘08-‘11) where she served 2 years as a small business development volunteer in the rural town of Cha de Morte. This experience ignited her passion for international development leading to future assignments with indigenous groups in the Brazilian Amazon, working with the International Rescue Committee, and more recently with the World Bank. Cecilia is pursuing her MSc International Development: Public Policy and Management at the University of Manchester and is the current Assistant Project Manager at the Manchester Central Food Bank. She credits her Peace Corps experience as the solitary moment which altered the trajectory of her aspirations. Through her work in international development she hopes to bridge cultural gaps while contributing to a world free of extreme poverty and inequality.