Become a Community Sponsor at the National Defense University 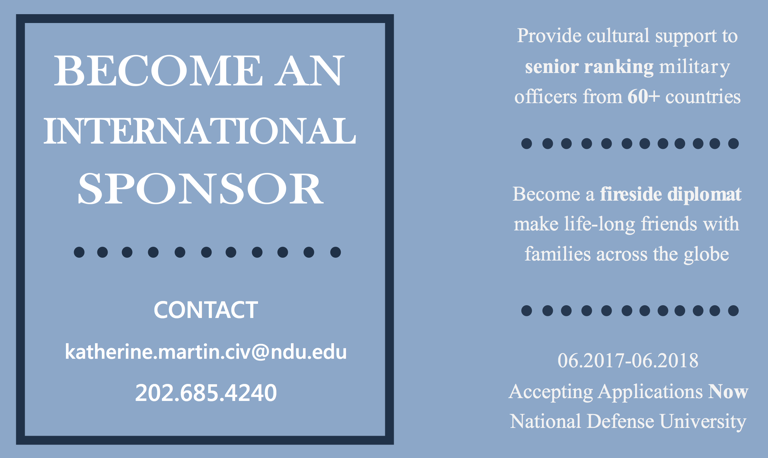 Continue in your pursuit of international engagement by becoming a Community Sponsor at the National Defense University, the Department of Defense’s leading academic institution dedicated to national defense and international security cooperation.

Be a fireside diplomat and cultural ambassador to one of the 100+ senior ranking international military officers from 60+ different countries as they spend a year in the United States earning their Master’s Degree from NDU.

Community Sponsors do not provide the officer with monetary or lodging support; instead, they form a relationship with the officer, helping them in gaining a nuanced understanding of the United States. Some examples of the role of the Community Sponsor would include inviting the officer over for dinner, celebrating American holidays together, going to a sporting event together, going to a museum together- whatever is of interest to both the Sponsor and the officer. 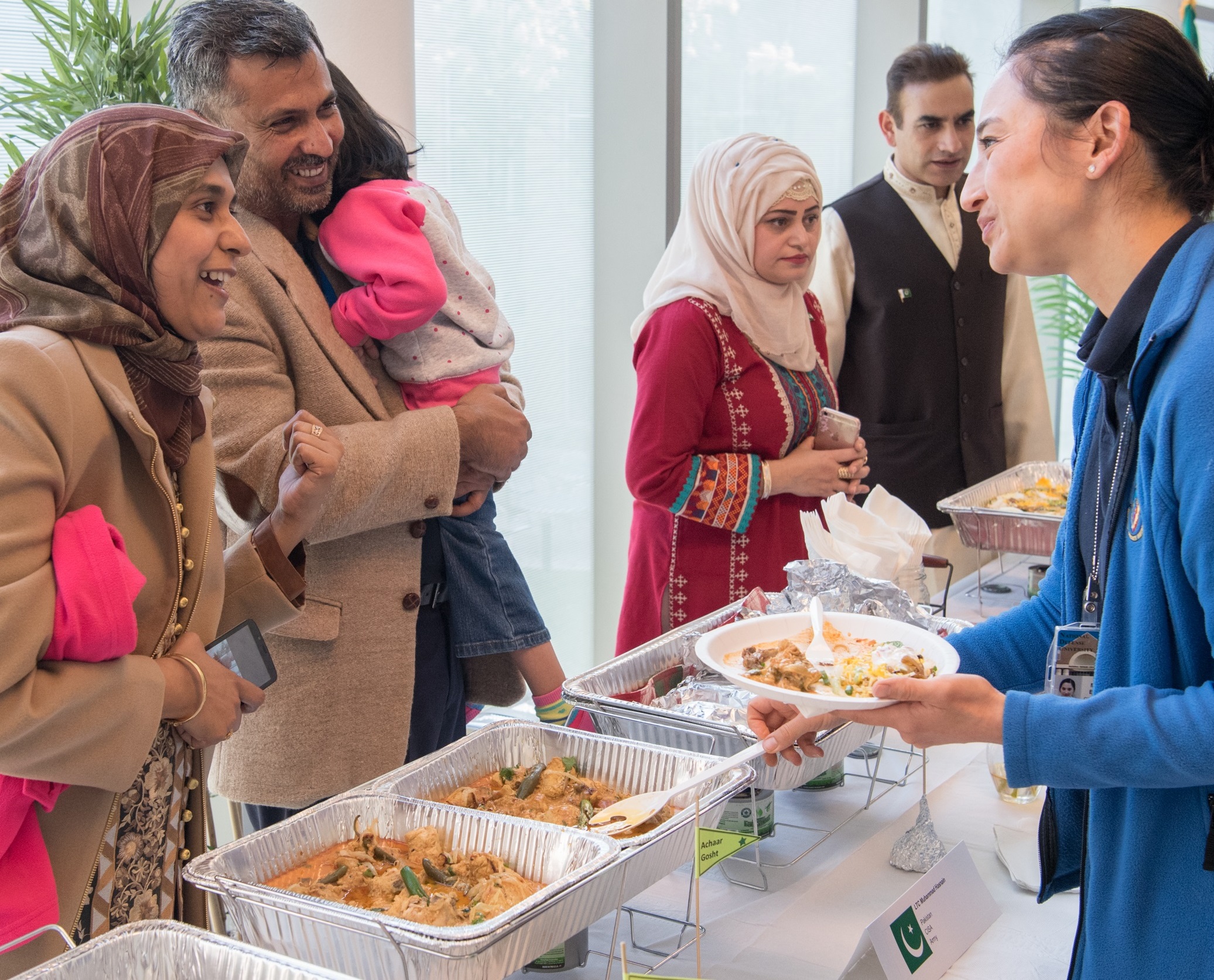