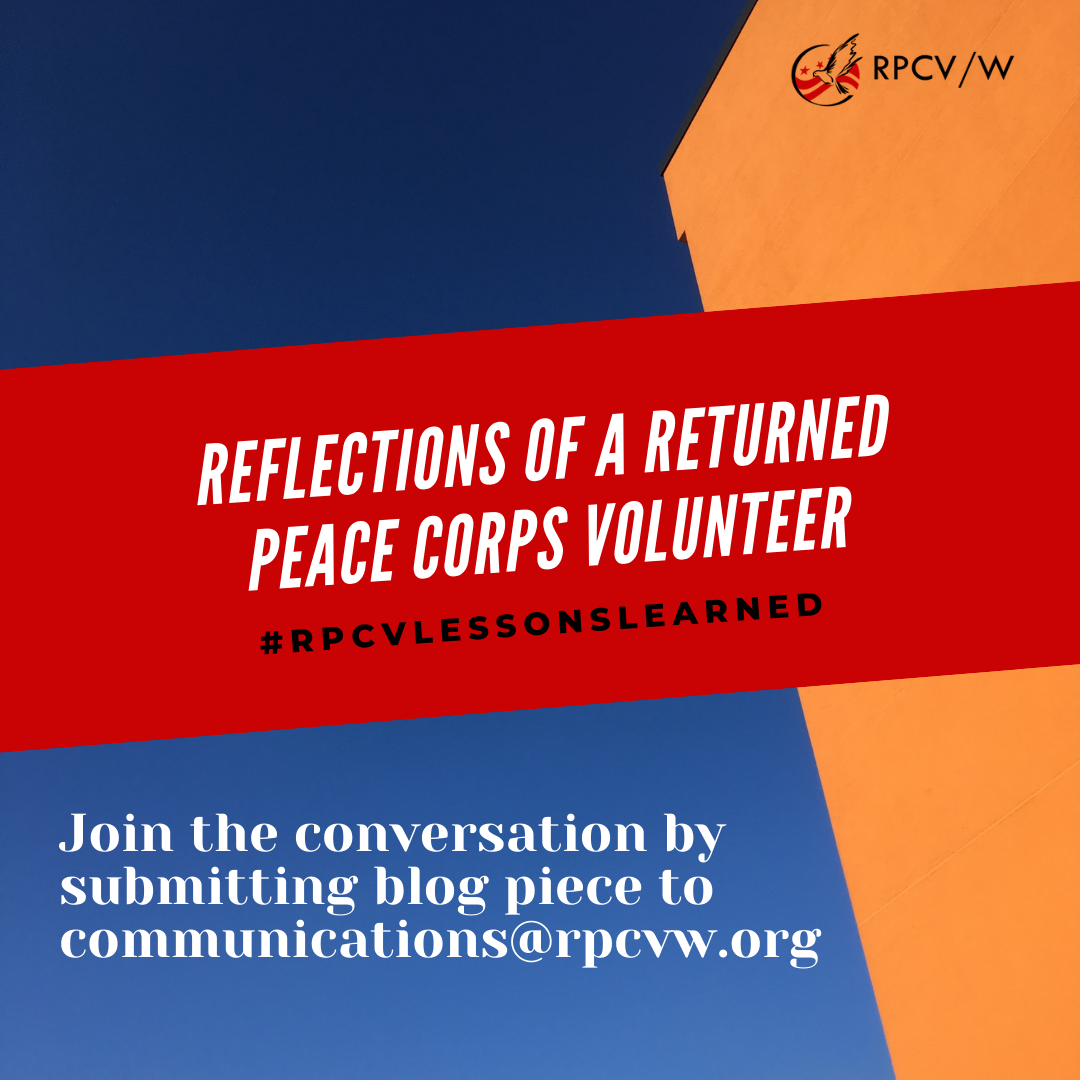 In continuing the #RPCVLessonLearned thread, and as we celebrate Women’s History Month, I want to open space to have a conversation about Peace Corps Volunteers and abortion.

On March 17, the Center for American Progress released “A Proactive Abortion Agenda,” a report focused on expanding abortion access. And, to my privileged and naïve surprise, the report indicated a recommendation:

“Abortion must be affordable for all: Abortion coverage and, subsequently, access are highly dependent on a person’s insurance coverage, employment, and geographic location, among other factors. Federal restrictions on abortion coverage—including but not limited to the Hyde Amendment, which prohibits federal funds from covering abortion except in the instances of rape, incest, and life endangerment—have for decades limited abortion access for ...Peace Corps volunteers”

After reading this, it made me think of Peace Corps’s sexual and reproductive health (SRH) programming. As a volunteer in Thailand, I was on the SRH Committee and we helped fellow volunteers bring SRH programming to their site. I remember quite a lot of tension about talking about abortion and it juxtaposing with the willingness of communities to discuss unintended pregnancies, especially teen pregnancy. At my site, teen pregnancy rates were higher than average, yet SRH education primarily focused on condoms, HIV prevention, and other STD prevention.

No matter your political affiliation or stance on abortion, abortion is a form of birth control. As PCVs, we taught camps, lessons, etc on birth control in countries abroad, yet volunteers still don’t have access to affordable abortions under the current system. This is not surprising given that there are bills working their way through legislatures across the US attacking a woman’s right to choose.

If Peace Corps strives to be more inclusive during the current racial reckoning, it includes giving volunteers access to affordable abortion care. Peace Corps also must ensure that this procedure does not deter a volunteer’s choice to go back and complete their service. It’s about the options and choices that the volunteer can make for themselves, rather than be dictated by a federal or Peace Corps policy.