My Health Justice as a Returned Volunteer: Jennifer Mamola's Story

This June, RPCV/W is partnering with Health Justice for Peace Corps Volunteers (HJPCV) to encourage RPCVs to care for their physical, mental, and sexual health. This partnership includes multiple events throughout the month culminating in National Peace Corps Association’s (NPCA’s) Health Advocacy Day and Story Slam on June 28, 5:30-7:00 p.m., at Tortilla Coast on Capitol Hill.

Below, Jennifer Mamola, an advocate for HJPCV and RPCV from Uganda 2012-2013, shares her story about mental and physical health struggles and solutions during and after Peace Corps.

This blog has been cross-posted from the HJPCV website, which can be found here. The HJPCV and RPCV/W partnership highlights different aspects of volunteer health: the good, the bad, and the messy. We hope you will join us throughout the month to discuss all aspects of our service.

While we are not an advocacy organization, RPCV/W fully supports individuals in advocating for their own personal health and wellness. The content of this blog post depicts the views of Returned Volunteer Jennifer Mamola, and does not reflect the views of the Returned Peace Corps Volunteers of Washington, D.C. 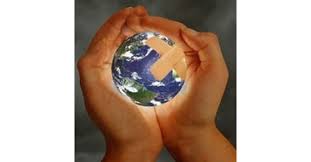 Flexibility, one might argue, is a key quality for Peace Corps Volunteers (Volunteers). It starts with the application process, continues with packing up your life to leave for service, sees you through your first bout of illness, and follows you on your return home. We rightly value this trait. However, Volunteers shouldn’t be pressured to flex on our health. As a Volunteer and public servant, I want to believe that I’m an iron woman. However, I admit that I experienced mental health struggles during service. Later, I also experienced severe physical health issues.

April 2018 was a significant month for me. It marked five years since I lost my dear friend Danielle, who we affectionately knew as Ella. Five years since I nearly died. In April 2013, I had been walking with two friends to catch the bus to our in-service training when were hit by a drunk driver. Danielle was killed immediately. My other friend, Ellen, swiftly gathered herself to get help as I lay motionless on the dirt shoulder in Gulu, Uganda with an open femur fracture, among other injuries.

For better or worse, I don’t recall a thing. The last thing I remember was laughing with Danielle and Ellen about the bright lights of Uchumi, the Walmart of Africa. I was in and out of consciousness for five hours, asking where Ella was whenever I came to. When I wasn’t conscious, I seemed to be in limbo, sitting with Ella and both of my deceased grandmothers. When I became fully consciousness, I was surrounded by everyone I knew from my community. They held my hands and patted my bloody, dirt-filled hair. I could hear Ellen on the phone with our safety and security officer, Fred. “Where’s Danielle?” I asked again. No one would answer.

Peace Corps Uganda ensured my safe and secure transfer to South Africa, where I spent nearly a month in the Intensive Care Unit. The real struggle began when I returned home.

We are all given information about medical separation during training and seldom retain much because it seems so unlikely to happen to us. When I returned from service, it became obvious, abruptly so, that I was no longer a Volunteer. I was given a bunch of paperwork, and very little guidance on how to make my transition from service to life as a civilian who required government assistance for injuries sustained while serving my country. This was one of the most unpleasant parts of the entire process. I felt orphaned by Peace Corps. After literally putting my life on the line, and being flexible with everything thrown my way, my dream job had failed me.

When I returned to the U.S., my care fell under the Department of Labor’s Federal Employees' Compensation Act (DOL/FECA). Since my return, I have had three surgeries. After attempting to obtain disability benefits, I was denied. I couldn’t believe how simple my case seemed, and yet, it took the intervening of someone high-up at Peace Corps to ensure that I received the benefits I needed to survive. Moreover, I was unable to find a mental health provider that would accept the insurance I was given upon my return. Once I did find such a provider, their diagnosis wasn’t accepted by DOL/FECA for reimbursement! For this and other issues, my assigned DOL/FECA case manager proved difficult if not impossible to connect with. I constantly struggled to get medical bills paid as my costly procedures were approved, but payments for the procedures were not. The system in place didn’t seem to support me in the least.

These issues make up an unspoken problem for those of us facing physical-, mental-, or sexual-health issues after our Peace Corps service. As Volunteers, we serve our country 24/7, for more than two years, and we receive little-to-no protection or guarantees for our health. I believe that we are veterans and we deserve better.

These injustices have pushed me to become an advocate with HJPCV, an affiliate group of NPCA that works tirelessly to pass legislation to improve the healthcare of Volunteers during and after service. We have held nearly 200 meetings with members of Congress and their staff since May 2017, and since the drafting of H.R. 2259 — the Sam Farr Peace Corps Enhancement Act, sponsored by Representatives Ted Poe of Texas and Joe Kennedy of Massachusetts — and S. 2286 — the Nick Castle Peace Corps Reform Act of 2018, drafted by Senators Bob Corker of Tennessee and Diane Feinstein of California.

The legislation is currently circulating in the U.S. House of Representatives to improve available resources for Volunteers who fall ill or become injured in the field. While there are certainly important and impactful aspects to each of the bills, we are still fighting for legislative action to increase the U.S. government’s general schedule (G.S.) pay for Volunteers with disabilities. Currently, Volunteers are ranked at a flat G.S. 7-level pay when they return from service. This pay does not vary by locality, which often leaves Volunteers in larger cities living at or below the poverty level. Our goal is to increase this ranking to G.S. 11, which would ensure that Volunteers can realistically survive while they recover from their medical separation.

I would love nothing more than to return and finish my Peace Corps service, to serve my country in this way, but currently this not a reality for me. My story is a call to action, to advocate for ourselves and for our physical and mental wellbeing as Volunteers. Today, I am serving my country as an advocate for the health of Volunteers.

We understand that the information shared in this post is complicated, and may have been simplified for editorial reasons. If you have follow-up questions, please direct them to the author, RPCV Jennifer Mamola, at [email protected].