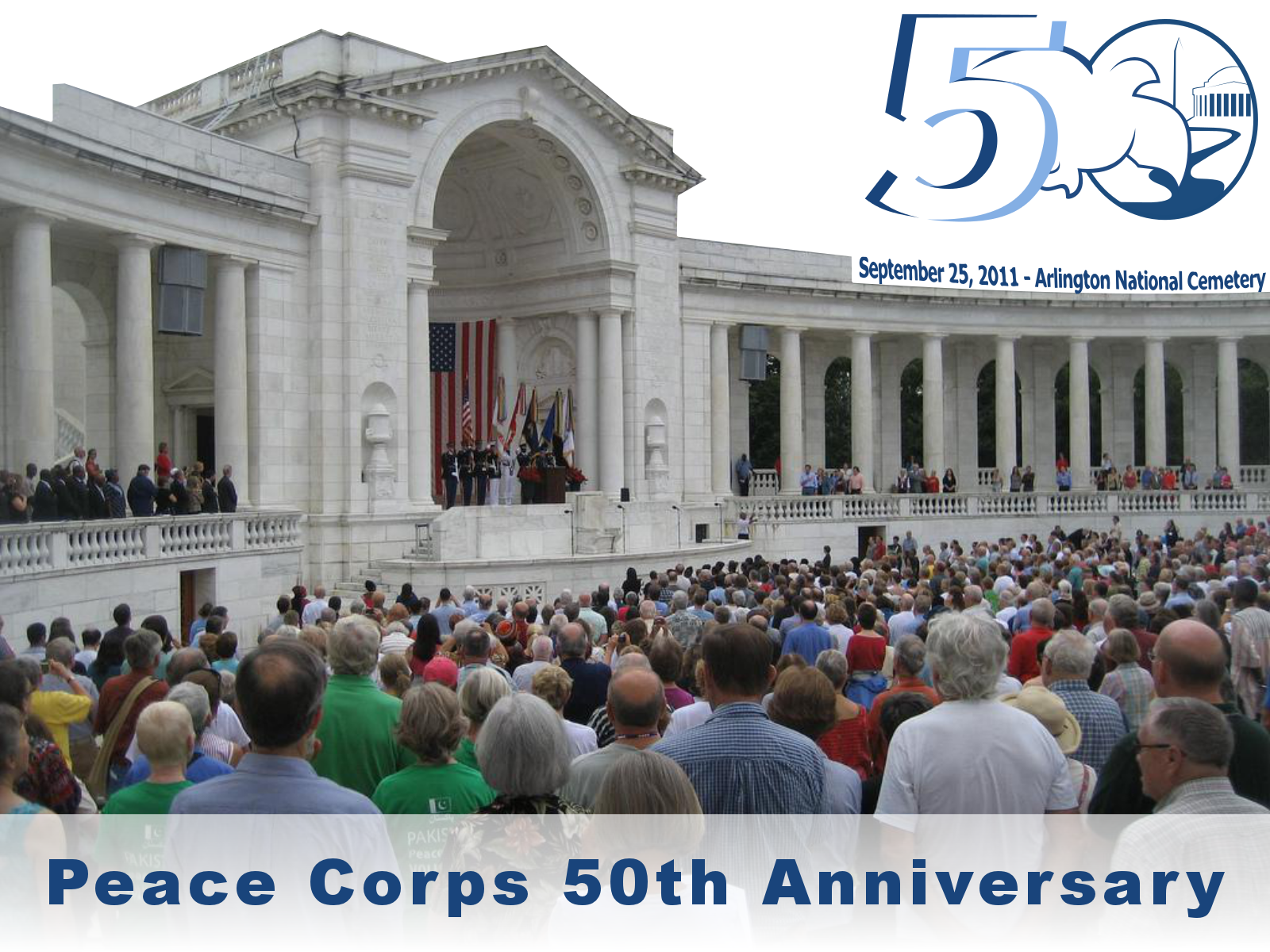 On Sunday, September 25, 2011, the Returned Peace Corps Volunteers of Washington, D.C. had the distinct honor of hosting three events at Arlington National Cemetery commemorating 50 years of the Peace Corps. These events included a private wreath laying ceremony for families of fallen Volunteers at President John F. Kennedy’s gravesite, an inspirational spoken and musical program at the Memorial Amphitheater, and a celebratory walk of flags across the Potomac River representing all 139 countries Peace Corps Volunteers have served.

Our comprehensive report covers every stage of the event

The official program for the event, courtesy of Linden Resources

A collection of speeches and logistical materials for speakers

Organizing and training documents for the 120 volunteers involved

The parade was an event unto itself coordinated between 3 agencies

Appropriately, the day’s events were planned, funded and carried out entirely by volunteers. Throughout the year-long process, we relied on the values we refined during our Peace Corps service: patience, perseverance, cooperation, and, most of all, relentless optimism.

The purpose of this page is to showcase not just the final product, but also the operation behind it. RPCV/W has a long history of leading Peace Corps anniversaries, and this page will preserve that legacy for future planners. 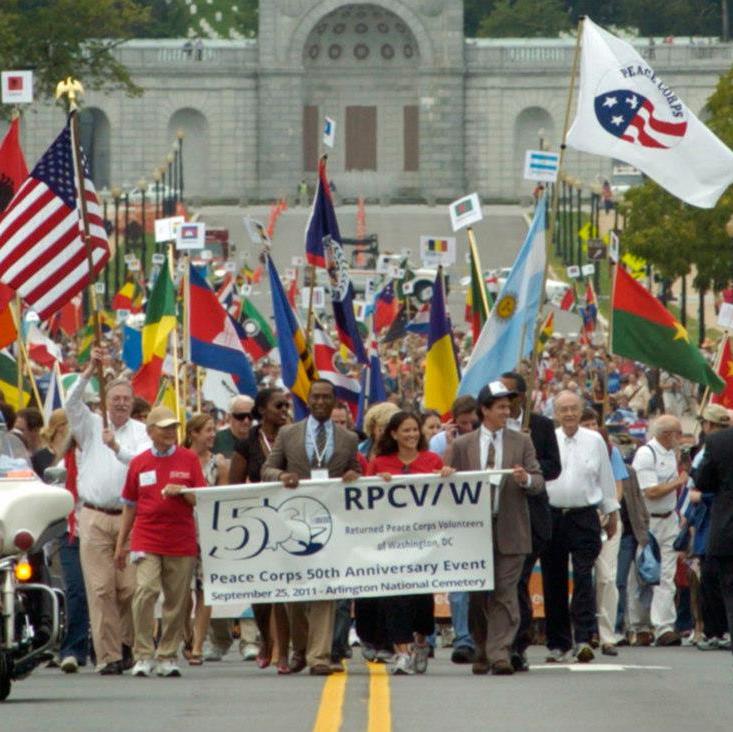 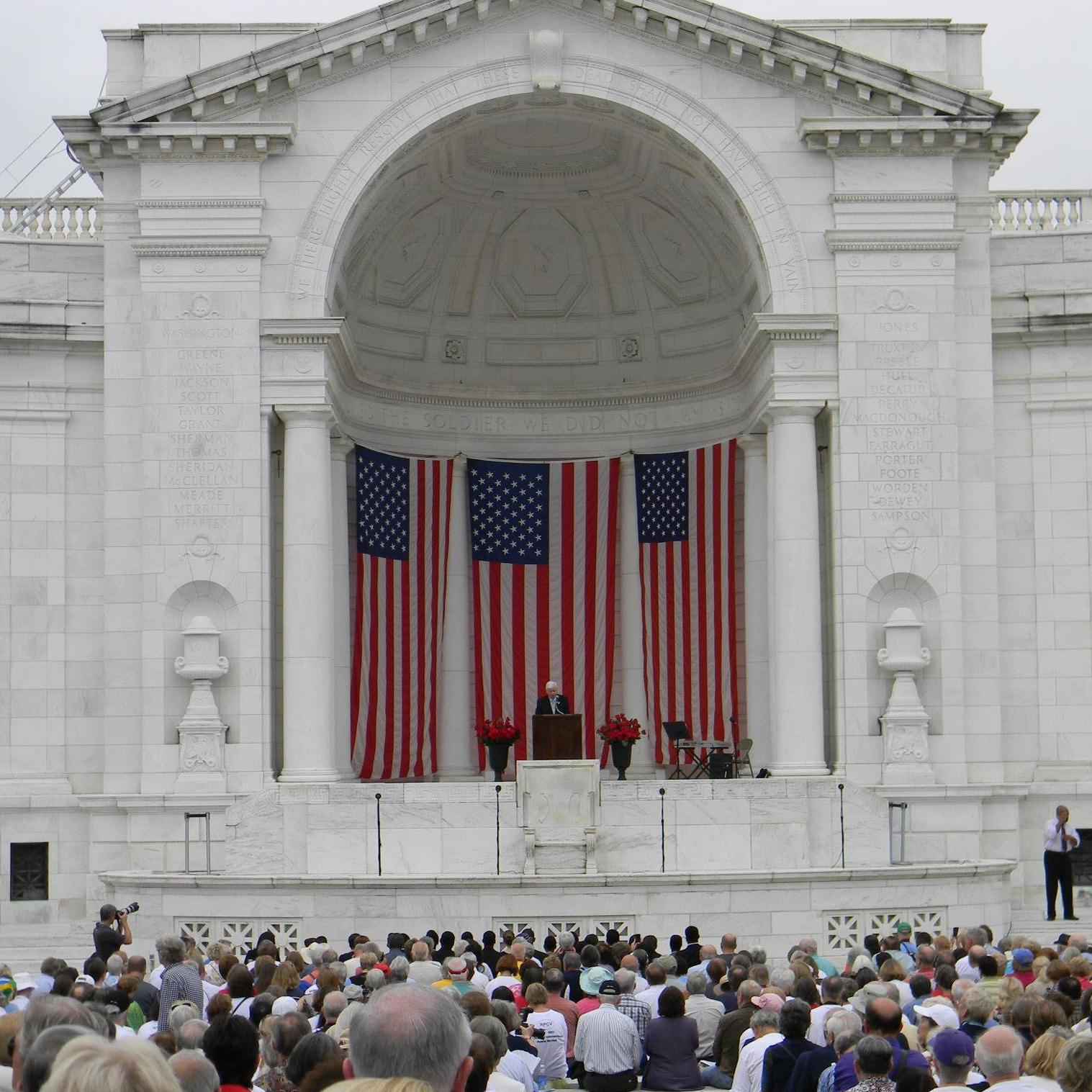 We welcome all who share an interest in world affairs and a commitment to local volunteerism.

Join us and spread the word far and wide!

Visit our Events and Professional Development pages for career resources 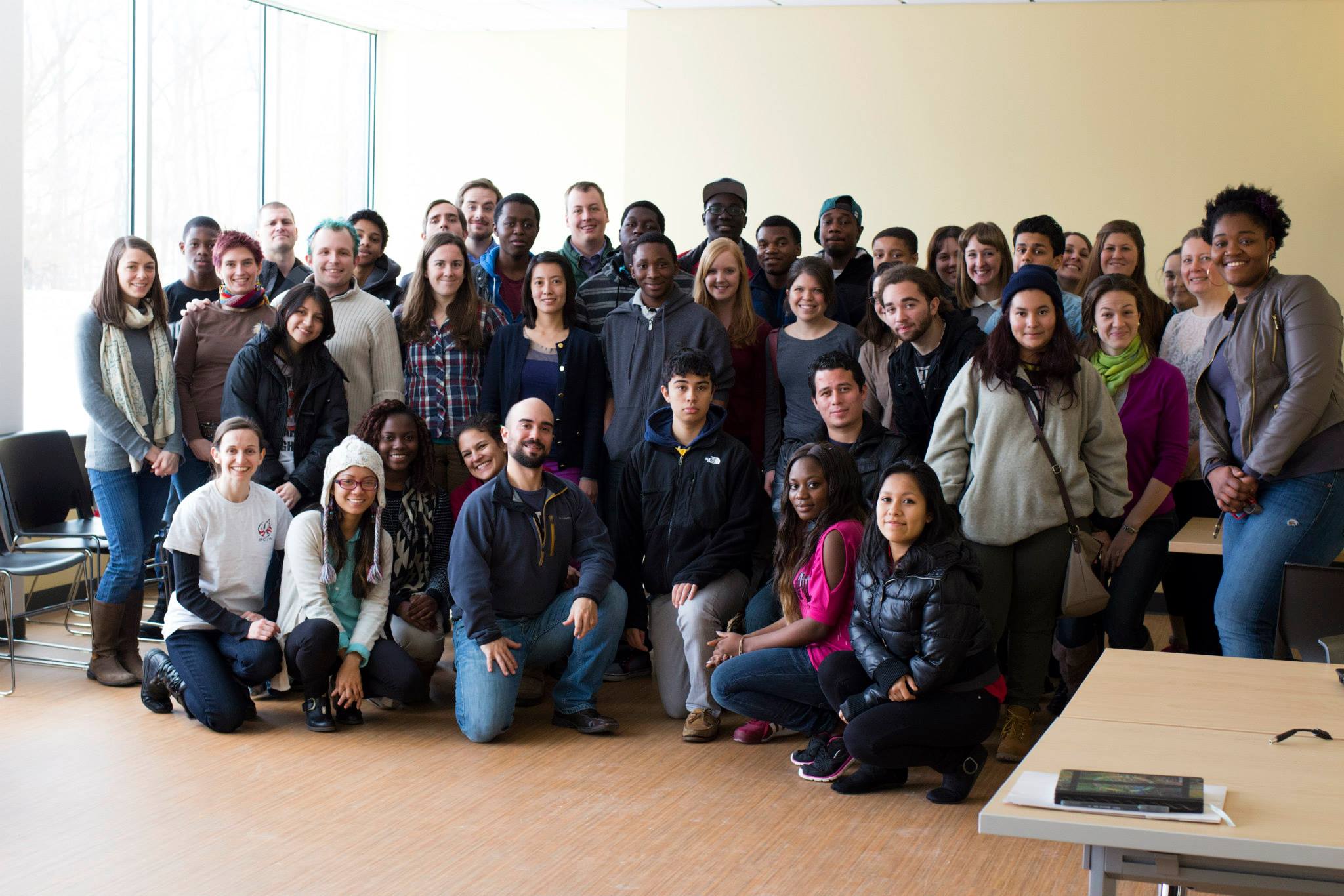 Our weekly newsletter is filled with upcoming events, special notices, community news, and other items of interest.

Only RPCV/W Members can submit items for publication, provided it is not commercial or political in nature. If you want to promote a business or for-profit creative work, advertising agreements are available upon request.

In the winter of 1978 three RPCV’s from Latin America contacted Peace Corps Headquarters to get a list of all the local RPCV’s in the Washington area (K.Keefer, interview, March 27, 2013). They were interested in forming a regional group of RPCV’s, and in July 1979 110 RPCV’s met in the Tyber Island apartments to form a regional group then known as the ACTION Alumni Association of Greater Washington D.C (AAAGWA)(J. Hettgar, interview, March 9, 2013). Before this meeting, RPCV’s had started to organize themselves around the regions that there served (Latin America, Africa, North Africa and Asia). African Agenda was largest such group and 70 members were present at the first meeting. In the early years, many of the leaders of AAAGWA/RPCV/W had been members of African Agenda (K.Keeffer, interview, March 27, 2013). In 1982 AAGWA was renamed Returned Peace Corps Volunteers of Washington D.C (RPCV/W).

In the early years of AAGWA/RPCV/W’s existence, the group was able to help organize and participate in the 20th Anniversary and 25th Anniversary of Peace Corps. These events helped energize and organize the RPCV community, and after the big 25th Anniversary event many regional and country groups were formed (R. Landram, April 4, 2013). Also during the early 80’s the President of RPCV/W testified before Congress about the Budget for Peace Corps in FY ’82 (K.Keffer, interview, March 27 2013). RPCV/W created a list of 5 recommended changes to Peace Corps, and 3 out of 5 recommendations were enacted into law shortly after they were proposed (R. Landrum, interview, April 4, 2013). In 1985 the annual membership fee was changed from $3.50 to $15, where it stands today (R. Landram, April 4, 2013).

In late 1999, RPCV/W started to plan for the 40th Anniversary in 2001. By the summer of 2001 a large weekend long celebration had been organized, and the newly elected president of Peru, Alejandro Toledo was set to be the keynote speaker (M.Wolfson, interview, March 15, 2013). Sadly and understandably, the events of Sept 11th caused the 40th Anniversary to be postponed. The 40+1 anniversary was held in June 2002, with two days filled with events (L. Martin, Nov 13, 2012). In the past decade RPCV/W has marched in President Obama’s first Inaugural Parade in January 2009, and had a very successful 50th Anniversary celebration in 2011. 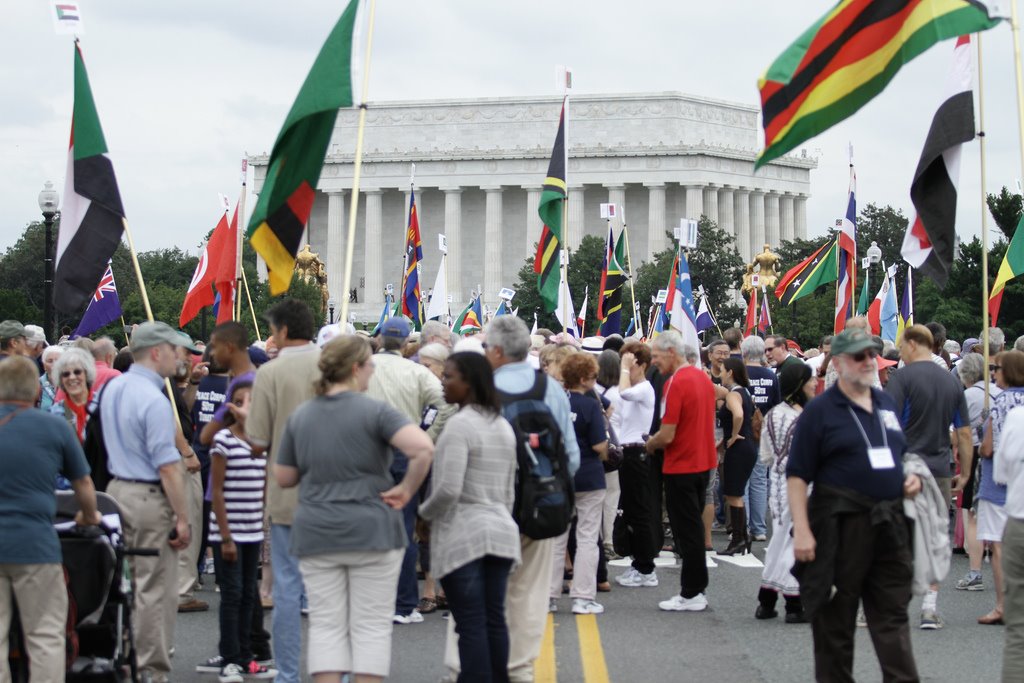 We hold various events throughout the year that transcend our typical social, professional, or community service activities. Three stand out in particular:


RPCV/W also plays a major role in commemorating key anniversaries of the Peace Corps. In September of 2011, RPCV/W planned, funded, and implemented a two-hour ceremony at the Arlington National Cemetery Memorial Amphitheater, which was attended by over 5,000 and included a march of flags across the Memorial Bridge and into the National Mall.

Overseeing all of this is our Special Events Director, who can be contacted at [email protected], if you would like to help with planning or volunteer your services at a particular event. 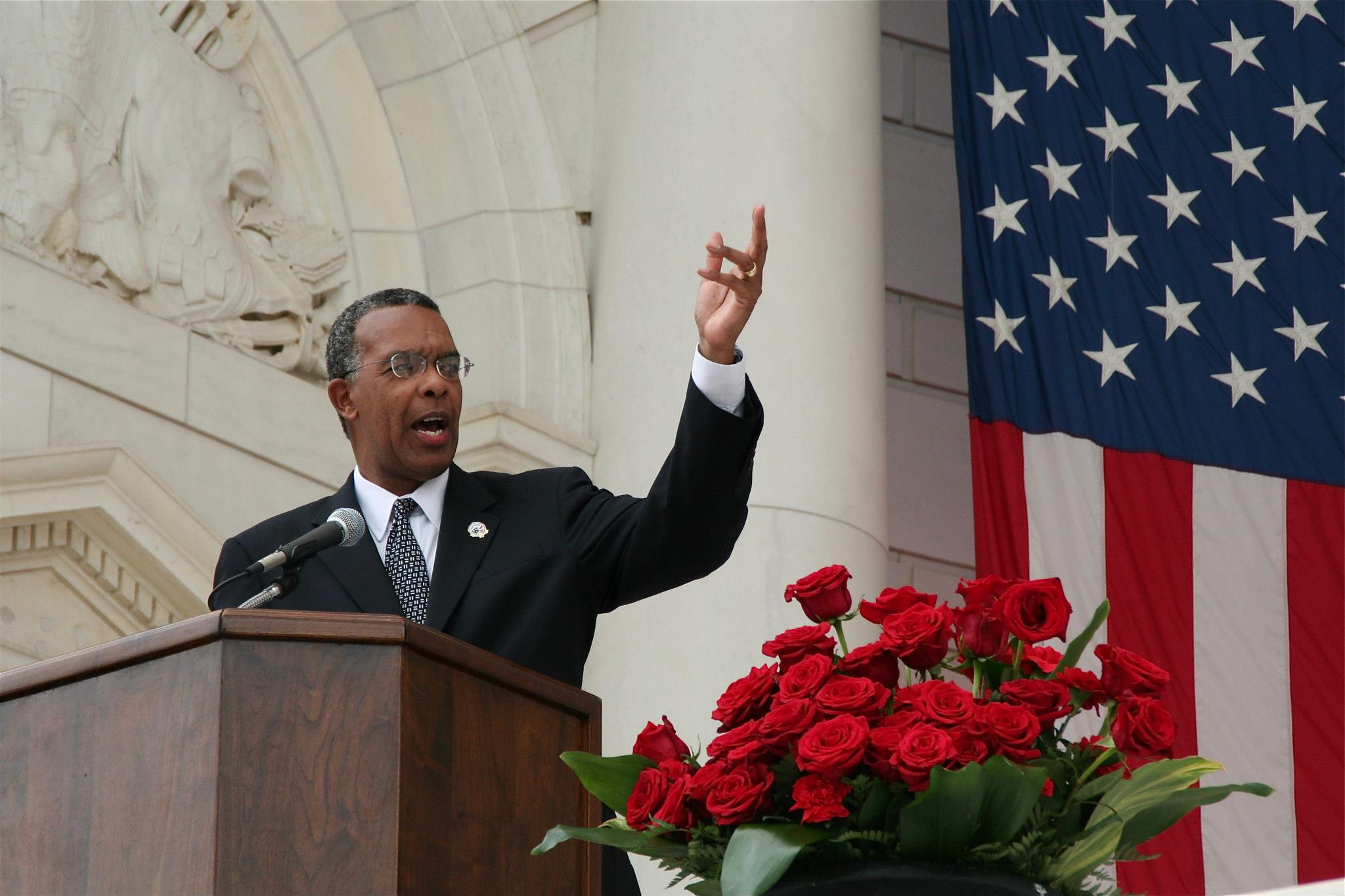 Have a burning professional development question? Feel free to email us the question at [email protected] we will track down the answer and publish it here and in the newsletter. 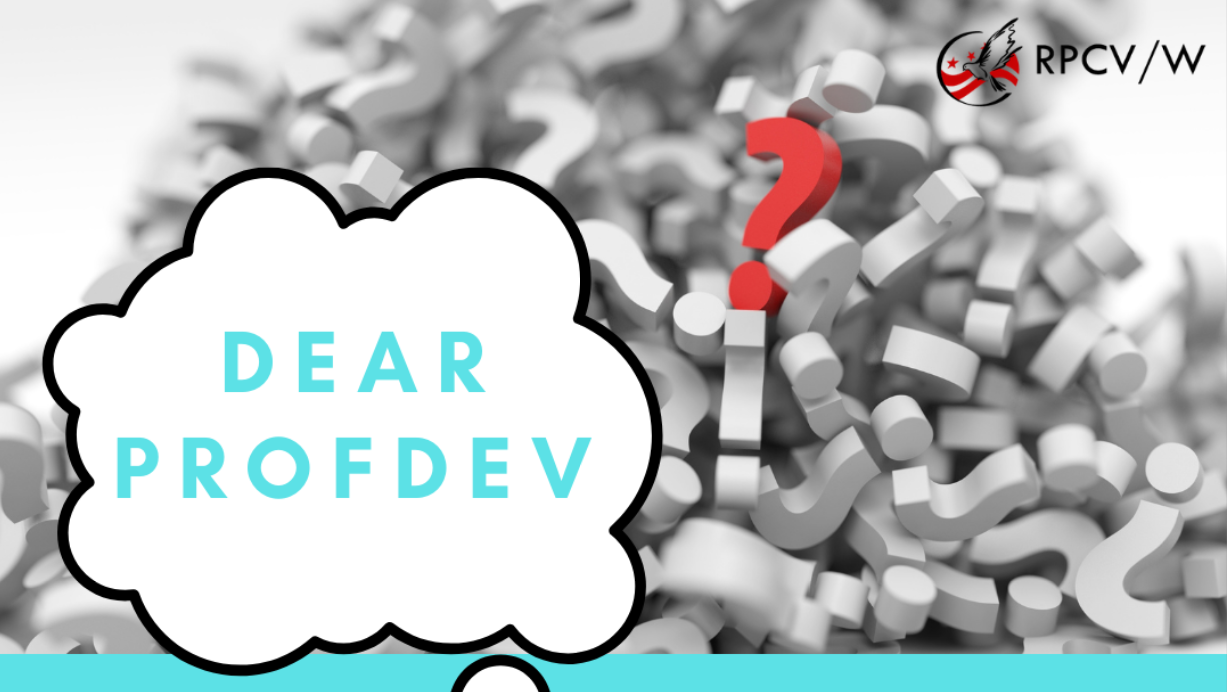 Click the picture below to join our Linkedin group. If you would like some advice or have a job to share, please contact our Professional Development Director. We also invite all members to join our Mentorship Program. 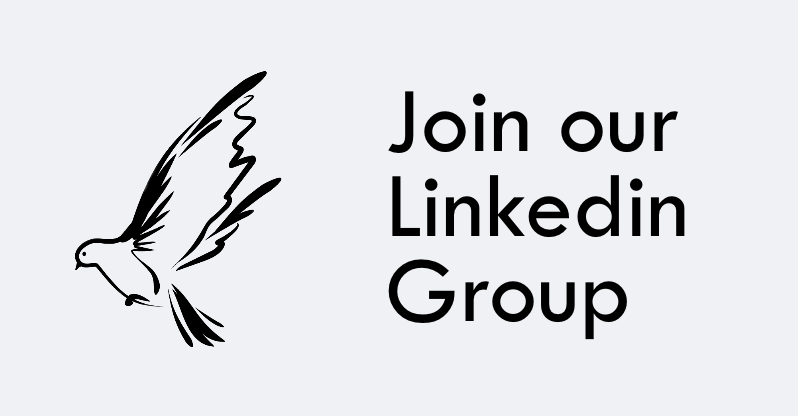 Any RPCV should be able to spare 15 minutes to meet with another RPCV who is interested in pursuing a similar career path.

Unlike our Facebook Group, much of the action here goes on behind the scenes. Many use it to arrange informational interviews through private messages. All members of the group are expected to entertain informational requests from qualified job seekers.

Once inside, click the Members tab to search group participants by job title or organization. You may also pose general questions in the Discussion section, but typically a direct ask more productive. The rules are as follows:

RSVP for all of our upcoming professional development events on the events page.

Use this form to ask us for help with your membership or general questions. You may also email our board members directly.

By providing your email address, an account will be created for you and you agree to receive emails from RPCV/W. You will also be added to our weekly newsletter. You may unsubscribe from these mailings at any time through a link in the footer of the email.