Albania: Balkan Gem of Sage, Raki and a Brutal Past

If just for one day you tagged along with a Peace Corps Volunteer (PCV) serving in Albania, you would likely learn from more than a few Albanians that:

To hear such statements as an American in the 21st century would probably baffle you. How do you begin to imagine the impact of these intense and traumatic periods in the Albania you see today? 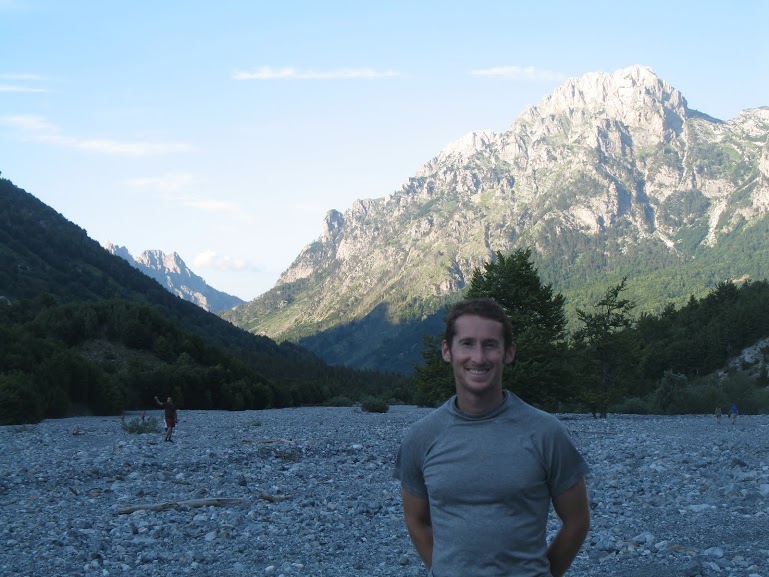 Recently I self-published a collection of short stories about Albania, the country where I served as a PCV from 2009 to 2012. This collection, Sage Love, is my effort to imagine some of these experiences and their impacts.

Crafting these stories was my most challenging writing project. It was challenging because none of my previous writing experiences or rules seemed to serve me. I like to have a plan in mind before I write, and I expect to see progress as I draft. But this project only really bloomed when I accepted that my work might not develop on a clear timeline and that a creative idea could come from anywhere.

For the better part of a year, I had been drafting pages and pages of a story about two former PCVs who reunite in Albania for a wedding. I thought this moment was going to be the center of the book. Then, one day my mother handed me a copy of the July 2016 issue of Smithsonian magazine, which featured an article about a forgotten but “groundbreaking scientist, adventurer -- and would-be king” of Albania. I wondered whether this person could make his way into my project. I was curious whether the adventures of PCVs in Albania today paralleled those of this foreigner who traveled there more than  a hundred years ago.

It was not until I returned to Albania later that very same year--my first trip back after finishing my service--that I found a way to join these threads. I tagged along with two other adventure-seeking friends from my service and hiked the Peaks of the Balkans, a trail that cuts through Albania, Montenegro, and Kosovo. What made the journey so special was not just the scenery. We had the opportunity to hang out with Albanians in villages along the trail, hearing their stories and enjoying their offerings of fresh food, coffee and the locally made alcohol, Raki. When I returned to the States, I wondered whether I could connect disparate stories about Albania across a century by placing these stories in the same breathtaking region of northern Albania.

Now residing in my new home of Washington, D.C., I started exploring Albania in another way. Although I suffered through a year in a terrible apartment in Capitol Hill, I was situated close to a national treasure, the Library of Congress. Here I researched Albanian history on nights and weekends (much to the curiosity of staff), thumbing through decades-old maps, pouring over books, scanning photographs from periods including the 50-year dictatorship, and watching black-and-white (and sometimes silent) videos. When I began researching Albania during the time of the would-be king and Ottoman Empire, I confirmed what I experienced as a PCV: Albanians possess a bone-deep, centuries-old commitment to honoring foreigners. Deep research also allowed me to investigate and embrace a history of superstition and magic, and an ancient code of rules that involves blood feuds. These aspects of Albania’s past are not readily apparent in the country today as it rapidly seeks to become more like, and join, countries in the European Union.

Most critically, my research uncovered the starting point for my next story. I stumbled upon a video of a trial of an Albanian man for “crimes of agitation and propaganda against the state.” I listened as the man recounted his crimes, which included listening to jazz and rock and roll. Chilled, I was reminded of stories I had heard as a PCV in which people were thrown into prison just for telling a joke about the dictator, Enver Hoxha. Watching this video revealed the tragic experience of Albanians during the dictatorship in a way I had not encountered before. I was inspired to craft a story that focuses on such a trial from the perspective of the wife of the accused. I also found in my research another reason to place my second story in northern Albania. During the twentieth century, tiny Albania, particularly the north, was one of the world’s leading exporters of medicinal herbs. I found this fact so fascinating that I decided to make the central character in my second story a worker at a sage factory. In addition, the more I read accounts of Albanians fleeing their country during this time, I had a richer perspective of the conversations I had as a PCV, hearing how Albanians feel an urgency for all sorts of change after they realized that they were cut off from the rest of the world for many years.

The final story I wrote takes place in modern day Albania. Initially, as a returned PCV is wont to do, I poured out pages and pages of personal observations and experiences, embodied in the former PCVs who reunite to celebrate a wedding and hike the Peaks of the Balkans. But after my research, I decided to cut much of it out, leaving the modern characters caught up in just a few intense moments that, when connected with two other stories that reach back a century, give the reader a glimpse of Albania, its culture, and hopefully even the “Albanian mentality” that is a result of prolonged periods of unforgiving rule, isolation, and is marked by a profound desire for change.

I hope this collection of stories, Sage Love, intrigues readers and that they gain an appreciation for the richness and complexity of Albania.

The content of this blog post depicts the views of Returned Volunteer Christopher Chaulk, and does not reflect the views of the Returned Peace Corps Volunteers of Washington, D.C.