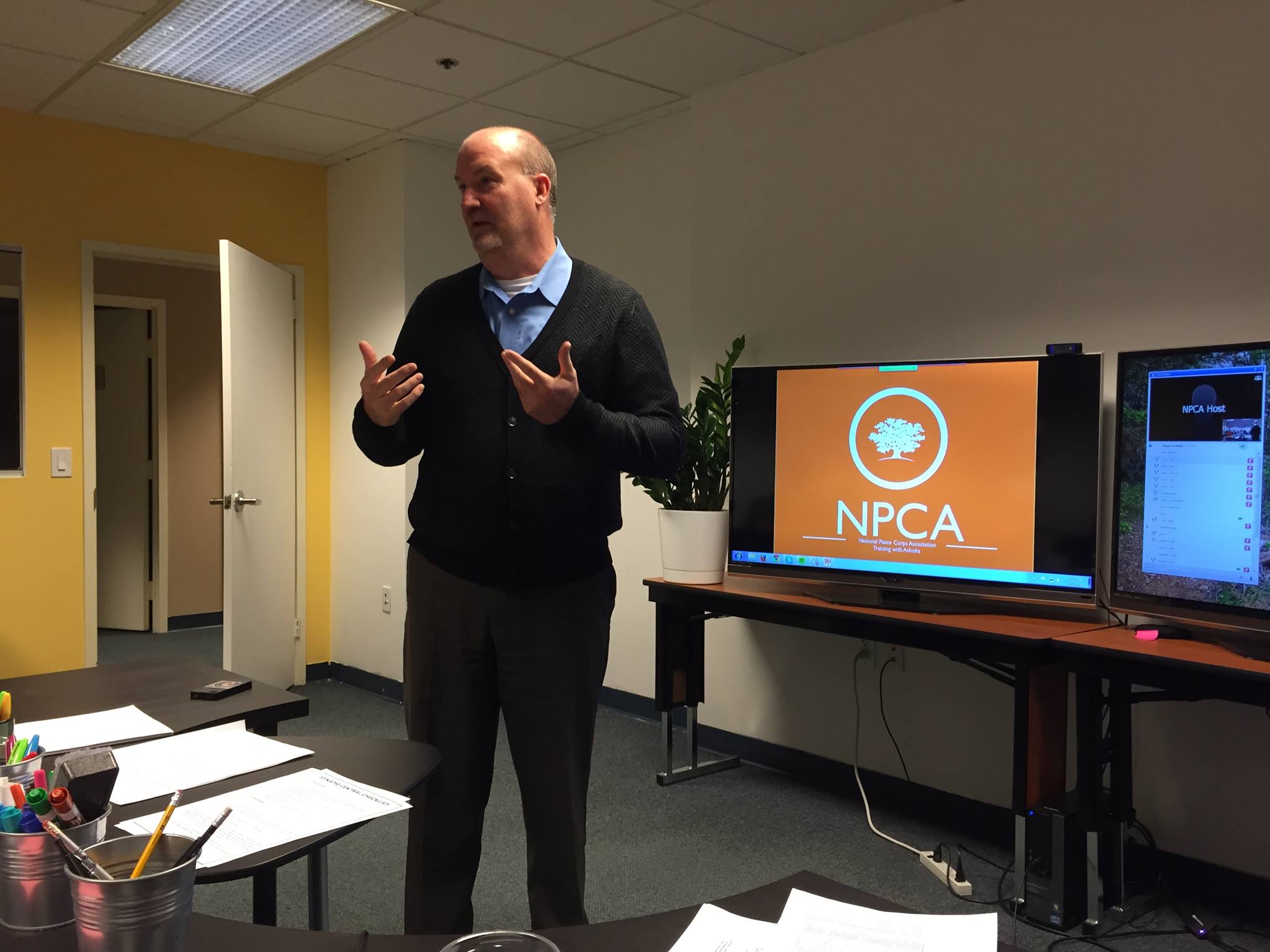 Teaching “Capacity building” is a familiar activity to returned Peace Corps volunteers and their counterparts, but we could all benefit from a little organizational coaching.

On February 3rd, representatives of various RPCV groups here in DC attended the first in a series of short workshops designed to help their groups grow and thrive. Dozens more followed along online. Organized by the National Peace Corps Association and led by experts from Ashoka, participants were guided through a visioning exercise where they were asked to first come up with an ideal scenario for their organizations.

“It was exciting to work alongside the RPCV groups as they envisioned the impact their organization could have in their country of service, but also back home in the United States.,” says Megan Coolidge, Change Manager, who led the session along with her colleague, Rachel Centariczki, Change Manager, “Through the work of our social entrepreneurs, Ashoka has recognized that the world is rapidly changing and as a result, all organizations and individuals need to rethink their role bringing about change in their communities and beyond.  It has been thrilling to partner with the National Peace Corps Association and RPCV groups to activate our networks as changemakers.” As Ashoka employees who have facilitated similar sessions among diverse audiences including youth and corporate executives, Megan and Rachel have extensive experience enabling leaders to re-imagine their roles in creating systemic social impact.

Questions like “If there were no rules or resource limitations, what would your group do to have the broadest impact?” and “Imagine being the leader of the NPCA in 2030, what would you want to report about the collective impact of the Peace Corps community” contributed to a fun, deeply imaginative discussion.

Every dream and ideal was written down and posted somewhere around the room, so everyone could share their wildest aspirations. With their creative impulses sufficiently primed, the instructors then tasked the group with identifying the most practical ideas which could be realistically achieved. It was a great way to break the ice and get people thinking about seeing common problems from new and exciting perspectives.

“Ashoka is working to create an Everyone a Changemaker world, a world where everyone is empowered to step up and take action in their community. We realize that the only way to truly envision that world is to engage with catalysts. For Ashoka, RPCVs are the embodiment of what we are looking for. Our goal is to empower, equip, and mobilize RPCVs to engage in both their home and host communities to help further drive change,” says Rachel, also a Member of RPCV/W who served in Micronesia.

Anne Baker, Vice President of the NPCA and Maricarmen Smith-Martinez, NPCA Group Leaders Forum Coordinator were instrumental in getting the program together and are planning many more such workshops in the coming months. All are welcome to participate. Click here to read the notes and watch the recorded Webex.