“Peace requires the simple but powerful recognition that what we have in common as human beings is more important and crucial than what divides us.” 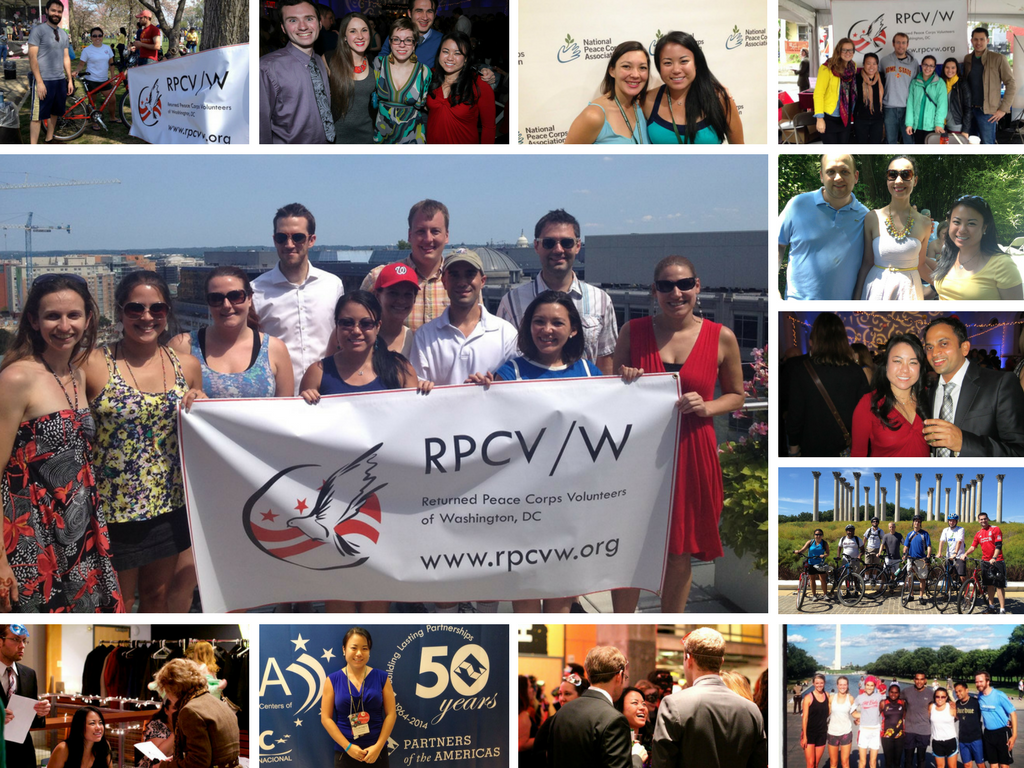 Anyone who ever conversed over email with Courtney Anne Lee Dunham will instantly recognize this timeless quote by Sargent Shriver. She used it in her signature in 2012, when she worked as a research assistant while pursuing an MPH-- the same time she began volunteering to lead hikes and fun runs with RPCV/W. It appeared in Board emails when she was elected Outreach Director in 2013, and 2014 saw it proudly displayed beneath her new title of Senior Program Officer at Partners of the Americas. During her 2-year battle with Non-Hodgkin’s Lymphoma, it served as a hopeful, comforting closing sentence in each digital update.

Courtney joined the RPCV/W family in 2011 following her Peace Corps service as a Protected Areas Management Volunteer in the Lenca village in La Campa, Lempira, Honduras from 2007-2009. Her projects included the construction of ecological stoves with a women’s group, taught health and environmental education, and facilitated income generation and eco-tourism opportunities with traditional Lencan pottery makers. After her service, Courtney worked at USAID/Honduras in Tegucigalpa from 2009-2010. She earned a Master in Public Health from George Washington University in 2013, and launched her career in international development soon after, specializing in agriculture and food security. From 2013-2016, she was a Program Officer with Partners of the Americas, managing the Farmer-to-Farmer (F2F) program in Guatemala, Nicaragua, and the Dominican Republic She loved tennis running, bicycling, traveling all around the world, and spending time with friends and family, and was deeply loved in return.

Courtney first volunteered with RPCV/W at Arlington Cemetery when it staged the 50th Anniversary of Peace Corps event in 2011, where she helped shepherd parade participants across the Memorial Bridge toward the National Mall. She became a regular fixture at RPCV gatherings and led several outdoor events on her own initiative. As Outreach Director, she organized a Thanksgiving potluck dinner and reached out to Peace Corps HQ to specifically invite medevac’d PCVs stranded in Washington D.C. during the holiday. She played a key role in upgrading the membership database, made sure RPCV/W had a presence at Columbia Heights Day, organized a running club, and provided a steady stream of new ideas for events and initiatives to engage each new segment of a growing, evolving RPCV/W member base.

Courtney’s efforts to strengthen how RPCV/W serves its members reached a new level in 2014, when she led the drive to create the Mentoring Program and was elected to be its first Director. Over the following year, Courtney led a committee that trained mentors, forged a structure to match them with mentees and introduced a schedule of in-person networking events to sustain the program’s momentum. She worked closely with the National Peace Corps Association on volunteer engagement and represented RPCV/W at Peace Corps Connect in Nashville. She continued to serve on the Mentoring Committee long after her term in office and was a regular fixture at RPCV/W events. She refused to let cancer stop her service.

In recognition for her lasting contributions to the members of RPCV/W, the annual potluck she championed will be named the “Courtney Dunham Thanksgiving Dinner.” In doing so, this “simple but powerful recognition” will remind each and every one of RPCV/W’s 3,000+ members that, “what we have in common as human beings is more important and crucial than what divides us.”

The Friends of Courtney Dunham