This May, RPCV/W’s professional development committee partnered with RPCVs of the State Department to host a panel focused on international development careers. Five returned Peace Corps volunteers (RPCVs) from USAID and the State Department, with a wide range of career trajectory and length, times in service, and backgrounds participated on the panel.

The panelists came with diverse perspectives on the work that civil servants do in their respective agencies and shared the varied paths that led to their current roles. They were also quite open about the challenges they faced in such a competitive workforce. Below are insights shared by each of the panelists. Please join us for the next RPCV/W Career Panel, on June 11, focused on female leaders! 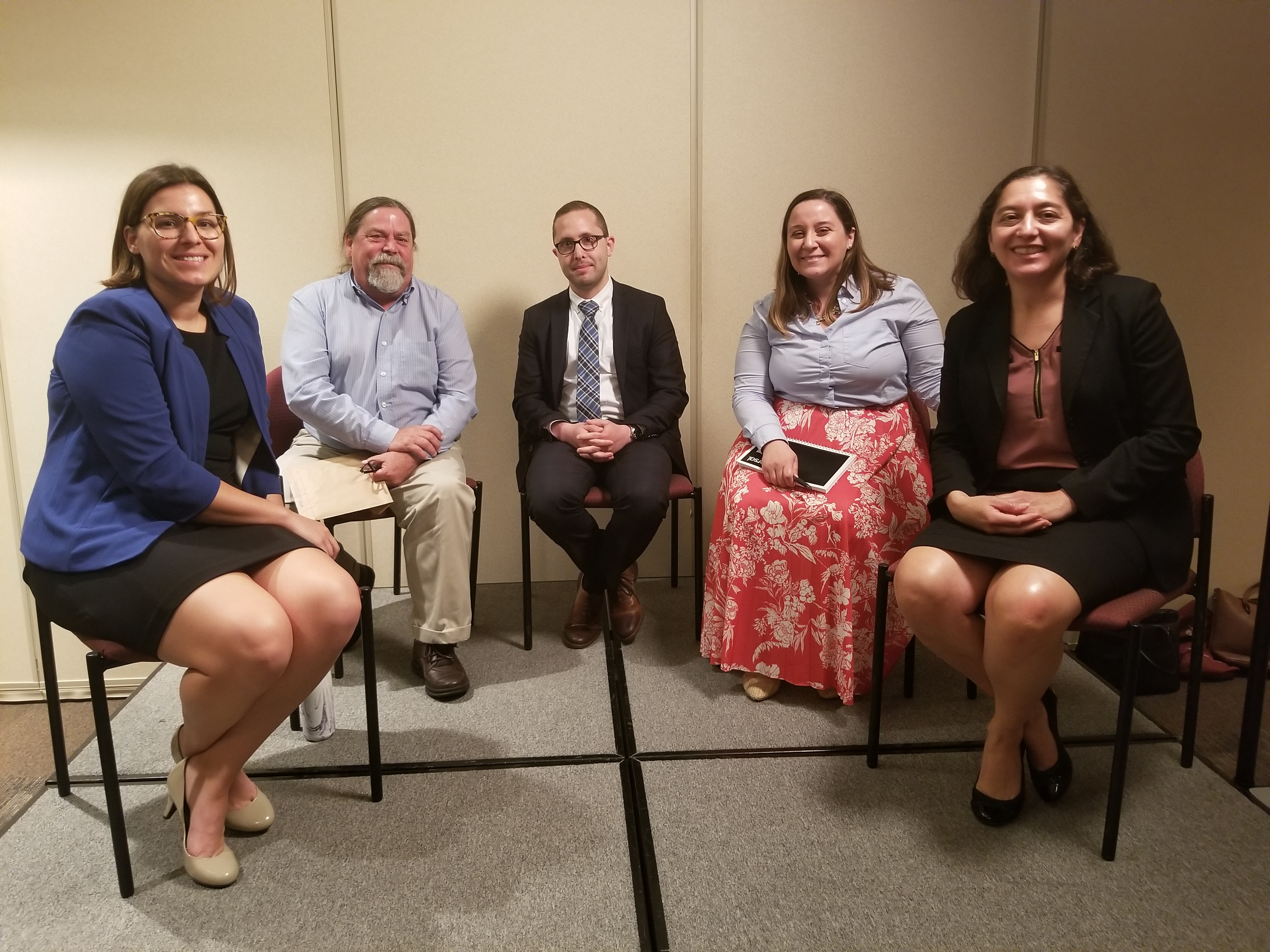 “When I returned from my Peace Corps service, I thought for sure that everyone would want to hire me—I learned quickly that this wasn’t the case.”

Panelist David Reside, Division Chief, European and Eurasian Country Affairs at USAID, shared how difficult it was to break into the government upon returning from Peace Corps. With a market as saturated with strong candidates as D.C., being an RPCV sometimes allows you to get your foot in the door, but it’s not a golden ticket. David took a number of jobs along his path and worked on NGO collaboration, in consulting, and for the Peace Corps. Along the way, he made contacts and a good name for himself—ultimately leading to USAID calling him with a job offer.

One panelist said that a big obstacle he faced was “converting a one- to two-page resume into six to eight pages.”

Many of the panelists agreed with Bob Viglietta, Foreign Affairs Officer, who started at State in 2016 upon returning from service in Rwanda, that learning to tailor your resume to the federally preferred format (for certain agencies) is one of the most difficult skills to develop. Panelist Stefanie Fabrico, who is the Governance Policy Lead-Central America Strategy Team at State, reminded attendees to separate duties and accomplishments when writing a federal resume—employers want to know what you did, but more importantly what results derived from your work.

They also discussed another path—working alongside the civil service in contracting.

Ellen Noe, Information Officer, who works for a government contractor (Macfadden/PAE), reflected on the barriers she faced with a federal hiring freeze in place when she graduated. She was unable to pursue a position in the government, so she weighed her options and decided to apply for a federal contracting organization. Ellen took a position that she felt overqualified for, but that ultimately provided a positive experience. She noted that she "had been paralyzed by indecision and it felt good to start somewhere.” Her story was a nice reminder that sometimes the paths we don’t imagine can land us right where we need to be.

Other paths to civil service include the Presidential Management Fellowship (PMF) program for recent graduates.

This is the path that Stefanie Fabrico took in 2012. Thanks to PMF, she had flexibility to move around in different departments and get more experience than would typically be allowed in her role. While she is domestically based, she has also taken opportunities to serve short-term positions abroad. She emphasized that there are many opportunities to work abroad through foreign service programs in other agencies besides the State Department. Inter-agency opportunities can also lead to a job at State and often give you a more complete and valuable skill set because of the outside experiences gained.

Last but not least, we received some great insight on the Foreign Service.

Panelist Marcia Anglarill, a career Foreign Service Officer (FSO), talked about the challenges that stem from moving every two to three years, but also what a boon it can be for those like her who love to explore new cultures and meet new people. Marcia says that her Peace Corps experience taught her how much she “loved being a cultural ambassador.” The language skills and adaptability she picked up during service also helped. Marcia reminded us that most people do not get into the Foreign Service on the first try; she herself got in on the second. She also touched on the concept of “up or out” within the Foreign Service. This drives FSOs to continually improve and move up the ladder, demonstrating their sustained commitment to service.

If you have any questions about the panelists, don’t hesitate to reach out to the RPCV/W Professional Development Director, Clarke Birrell ([email protected])!