How do you celebrate a life after it’s gone? Some prefer solemn rituals, monuments, and stoic meditation. Others rely on music, celebration, and laughter. In America, generally, it’s an uncomfortable topic to reflect on the life and death of another. Yet we grow as individuals and as a community upon that reflection. This is especially true in the context of Peace Corps Volunteers. 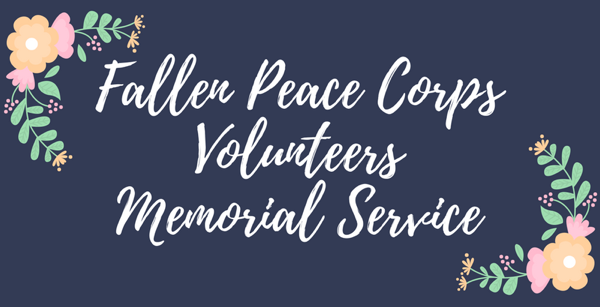 The memorial service held at the end of April was an event that took months of planning. Host country diplomats, FPCV families, Jonathan Pearson of the National Peace Corps Association (NPCA), and the Senior Advisor for Global Affairs in Peace Corps, Peter Redmond, offered tributes during the ceremony. RPCV/W President Chris Robinson was the master of ceremony, and guitarist Morgan Burns (RPCV Kosovo) provided musical selections. FHI 360, a non-profit human development organization, provided conference space to host the event, which had 61 attendees. This was not the first event of its kind. A similar ceremony was held in October 2015, at the tip of Hains Point, overlooking the Potomac River, bathed in a setting sun.

Since the Peace Corps’ establishment in 1961, nearly 220,000 volunteers have served in 139 countries. That’s a significant amount of youth across more than 50 years; we’ve also had a few middle-aged and older individuals answer this call to service.

A history such as this inspires great pride. Yet, attending the memorial service on that April afternoon hit home the gravitas of what PCVs accomplish. For two years, living thousands of miles from family and friends; helping villages that hug the equator, or towns that lie deep in former Soviet republics, or islands in vast Pacific and Caribbean waters. We returned home, and 304 did not. Attendees listened to tributes from mothers, a nephew, a sister, friends, and diplomats who wanted to share the light of arrested talent.

No one voiced animosity toward Peace Corps. Not a resentful word was spoken. Just having a forum to express, to cry, and celebrate these lives seemed more essential. More cathartic. Some memorials must be spoken. 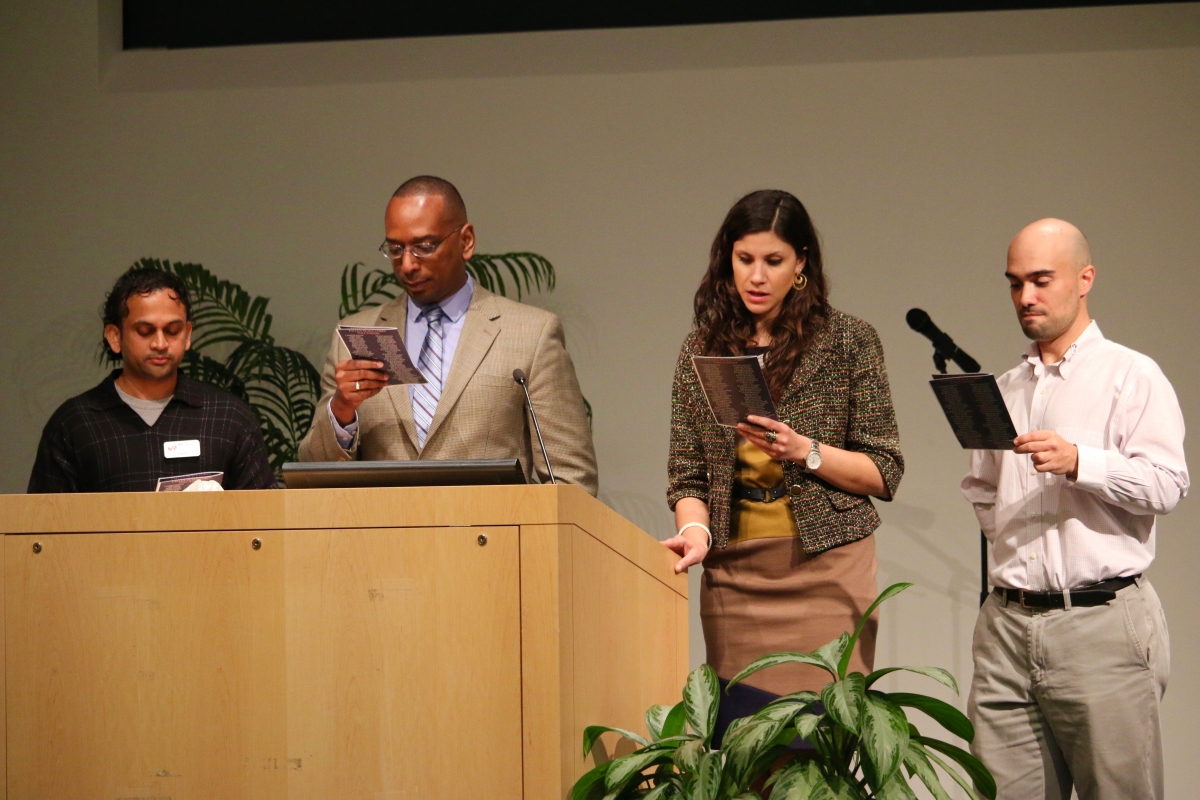 Organizers read the names of every fallen volunteer. Click here for more pictures or to add your own.

To learn more about the Fallen Peace Corps Volunteer Memorial Project, please check out their website at www.fpcv.org.